The Amazing 30-Year History of SMS

SMS is turning 30! Learn about the history of SMS and how it changed the way we use our phones to communicate. 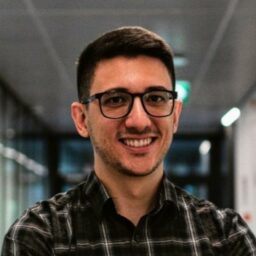 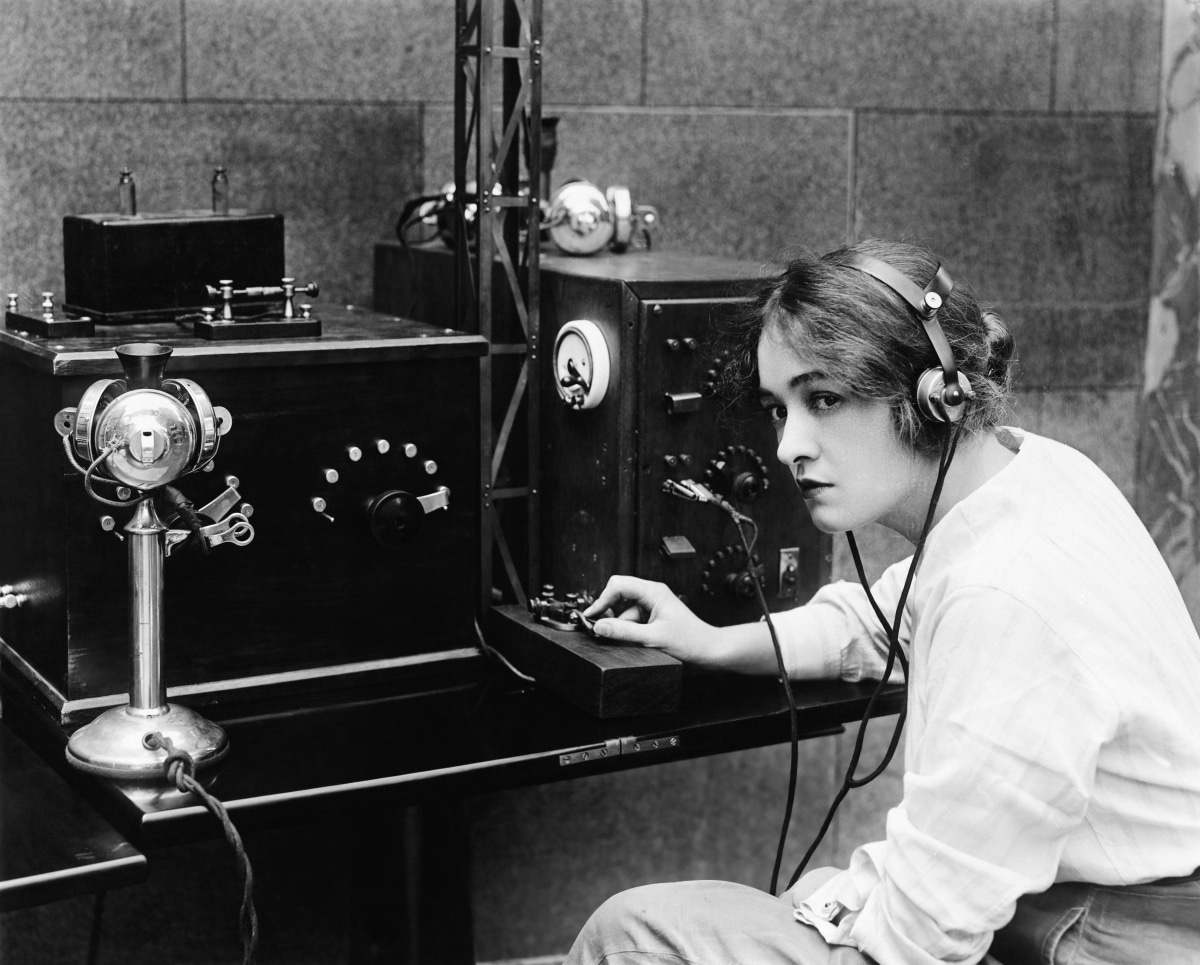 SMS is one of the simplest, most straight-forward, and most disseminated technologies in our lifetime. We don’t give it much attention when checking our phones for messages.

However, what is seen as a trivial and mundane communication tool changed how we communicate forever. And it started 30 years ago, in the distant year of 1992.

In today’s article, we will get to know the incredible history of SMS, all the way from its birth to how it made a persisting and stubborn stance to remain one of the most used text messaging systems.

Here is what we will cover:

Once upon a time, humans used to communicate through landlines and letters. Yes, no smartphones and the internet. Let that sink in for a moment.

Jokes aside, it is hard to fathom a world without the speed of communication we have in our hands today, even though the phenomenon of deep interconnectivity is relatively recent.

In the mid-’80s, when the aforementioned technological situation was present, a certain Friedhelm Hillebrand was working on a mobile communication project for Deutsche Bundespost – Germany’s postal service.

Sitting in front of his typewriter in his room in the city of Bonn, Mr. Hillebrand initiated an experiment.

He began to compose seemingly random phrases and questions, such as birthday messages, notes to self, a summary of how his day was. The more he wrote, the more he noticed a particular pattern: any kind of message messages average 160 characters.

This moment of revelation became one of the bases in the early history of SMS. The length of a text message was proposed: 160 characters that we still see today. “This is perfectly sufficient,” Mr. Hillebrand remarked.

The second base, however, would prove much trickier to solve:

“How to type an SMS into the phone?”

A mobile phone had a simple numeric keyboard. The proposition was to place a set of letters in each button. Pressing number 2 would once wound trigger letter A, number 3 twice would trigger letter E, and so forth.

The reception of his idea didn’t quite go as planned.

One of the managers expressed his incredulity: “why should I break my fingers chopping letters when I can make phone calls”? Friedhelm quotes.

However, most mobile and telephone companies at the time had teams working on such mobile projects. This proposal seemed decent enough. Very soon it was adopted as part of the newly born GSM (Global System for Mobile Communications) in 1991.

So far, so good: the idea behind SMS was in place. But getting it from one mobile phone to another was a different story.

The first SMS in history

It is 1992. Companies – Vodafone in particular – were well ahead in turning SMS into a reality. One of the people involved in the project was 22-year-old Neil Papworth, a fresh-out-university software developer.

Neil had been working in a team dedicated to the development of implementing SMS in a commercial-friendly way.

December that year, everything seemed in place for the first publicly disclosed trial. Executives from Vodafone gathered in a restaurant in London with due anticipation for IT guys back in the office to send them a message.

At the agreed moment, Neil typed a message and sent it their way: “Merry Christmas”!

Neil had no idea at the time of the magnitude of his achievement. He and his team had just sent the first SMS in history. He notably went back to eat pizza with his colleagues, as he shared in this 2019 interview.

What followed was a revolution, and SMS was paving the way.

The rise of SMS

As with any major technology that changes the way we live, the adoption of SMS wasn’t lightning fast. The 90s was a period of consolidation of the technology as we know it today. A handful of obstacles still needed to be addressed.

For one, mobile phones were heavily expensive – pun intended. A 1996 Motorola StarTAC model had a price tag of $1000. The costs of using the network weren’t cheap either.

The other major factor that held SMS potential back is that, up until 1999, texting between networks was impossible. Meaning, Vodafone users could only communicate to their Vodafone friends, generating some annoying texting silos.

It all changed that year, as operators were a definite turning point in SMS history. This event single-handedly marked the rise of SMS.

It took only a few years for texting to become a solid way to communicate via mobile phone. By 2002 – incidentally, SMS 10th birthday – over 250 billion text messages were already sent worldwide.

SMS reshaped the way we write

SMS was not the only way of digitally messaging people. The email was also booming in popularity. However, optimizing those 160 characters for cost efficiency’s sake was a job many took seriously.

The abbreviation is not a modern phenomenon as many ancient English texts seem to have the use of “U” instead of a regular You.

Nonetheless, it is the SMS that paved the way for LOL, FYI, and BRB. It is today commonsense that using “cuz” instead of “because” or “ima“ instead of “I am going to” is credited to the popularization of SMS.

But neither linguistic purists worried about the misuse of the English language nor SMS users eager to text their friends expected what was still to come in the history of SMS and text messaging.

By mid-2000, SMS was commonplace technology across the world. The booming of more accessible Smartphones and the introduction of touchscreen meant it was easier than ever before to send type and send text messages.

Parallel to the mobile universe, however, the world was going through another boom: the internet and personal computers. An even more acute phase of the information revolution commenced and landed the perfect conditions for more innovations to emerge.

Myspace, Facebook, and Tumblr – to name a few – were turning the way we communicate upside down.

With the ascension of the Internet and social media, not only messaging was getting much cheaper, making the 160 character limit a thing of the past, but also the purpose of writing online expanded from sending directed texts to tell the world what we are having for dinner.

It was also possible to chat simultaneously with a group of people – on camera!

By the end of the 2010s, it wasn’t a matter of if SMS would face a slow death, but when. 2012 marked the first year in which SMS usage decreased – ironically it’s second 10 year birthday.

Was the history of SMS coming to an end?

SMS made its stance

It was 2006 when Twitter came along. Very rapidly it became the next “thing” online and its adoption was massive. Everyone, from the higher-ups in society to university friends were signing in to post its first tweets.

The history of SMS, it seems, is full of interesting plot twists as Twitter set a limit of 140 characters for each tweet. The inspiration was obvious: SMS. Friedhelm Hillebrand must have been chuckling in satisfaction.

The 140-160 length seemed to strike the perfect balance between allowing people to make a case for what they wanted to say and remaining engaging so that users joined the platform to read what celebrities and politicians had to say.

SMS needed, however, to show more for itself. It was evident that social media and messaging apps – such as WhatsApp – were much more efficient as a means of getting one’s message across to friends and family.

But what about doing business?

If Neil Papworth would be sending the first SMS in history in the 2020s, his “Merry Christmas” text would probably include “thanks for doing business with us” as well.

As texting evolved and migrated to conversations between friends mainly in social media and text message apps, it was clear that SMS was the place where business could thrive.

In the past ten years, SMS usage by organizations skyrocketed. During the Covid-19 pandemic alone, its usage as a marketing and sales tool grew by more than 50%.

Here are a few other ways that SMS is used:

The reason behind its massive success is that SMS has 98% open rates, meaning it is almost guaranteed a user will open a business text message sent their way, as we discussed in the previous SMS Marketing for Beginners post at Appointible’s blog.

If you are a company that is looking for ways to reach out to customers in an effective, practical, and low-cost way, you should try Appointible as your SMS marketing service tool.

Please log in again. The login page will open in a new tab. After logging in you can close it and return to this page.